​1st Fridays at UUCR is an outreach program of the Unitarian Universalist Congregation of Rockville and
​features an array of multicultural musical talent from around the D.C. metropolitan area as well as guest artists from out of state.
We are delighted to bring world-class music to the Rockville community and beyond.
DURING THE PANDEMIC, ALL 1ST FRIDAY CONCERTS WILL TAKE PLACE VIRTUALLY
Livestreaming on Facebook on December 4th at 7:30 PM EST 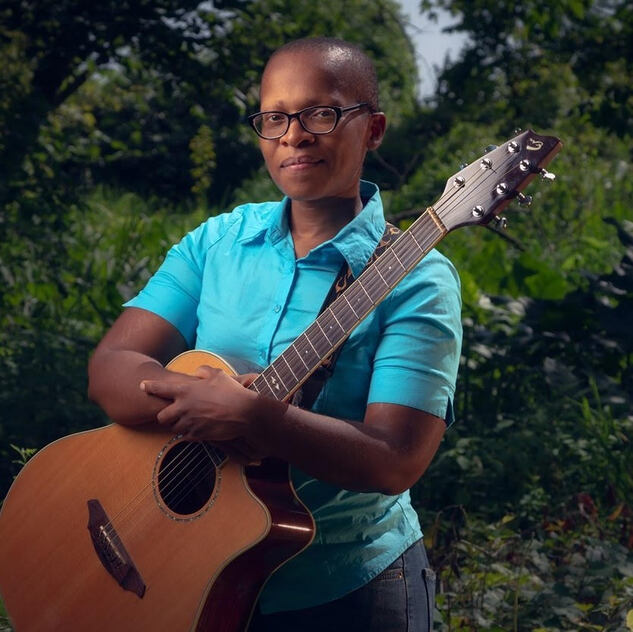 WATCH THE CONCERT
This is LEA.

“A great voice singing great songs.” That is the simplest way to introduce you to LEA’s music. While she often draws comparisons to other female phenoms like Tracy Chapman, Joni Mitchell and Ani DiFranco, LEA’s sound seamlessly blends gospel, jazz, country and R&B into her own
style - SoulFolk.

LEA was born in Baltimore to a father who toured the world playing trumpet in the funk band Black Heat and a mother who dreamed of opera while performing with her siblings in the Jones Family Gospel Singers. LEA was singing on the pulpit of the Baptist church where she grew up as
soon she could speak. When she discovered the acoustic guitar as a teenager, she began teaching herself to play by writing songs. LEA’s final year in high school in Germany at a classical conservatory, where she sang with the jazz ensemble Black & White and co-wrote with the British
pop trio Indigo Wild.
​
Having shared the stage with luminaries including Odetta, Mavis Staples, Dar Williams and Anthony Hamilton, LEA performs at a far-ranging array of venues, including arts centers, universities, festivals, and places of worship. She is consistently acknowledged by the Washington Area Music Association* as one of the region’s best vocalists, songwriters and recording artists. She is a graduate of the prestigious Artist-in-Residence program at The Music Center at Strathmore in Bethesda, MD and a beloved children's music performer among DC families.
LEA’s latest recording, the crowd-funded and highly-anticipated “Let You In,” is a collection of songs the artists hopes will cultivate greater compassion for femininity. LEA's stunning vocals and award winning songwriting are supported by rich instrumentation, featuring Howard Levy (of Bèla Fleck and the Flecktones) on the harmonica.

www.thisisLEA.com
The COVID-19 pandemic has hit working musicians hard. Live shows have been cancelled since March 2020 and show no sign of being rescheduled. Many of the 'bread & butter" clubs that sustain gigging musicians have closed or will close in the near future.
UUCR is proud to support live music and the artists who have kept entertaining us throughout the pandemic.

Please show your love and appreciation for these artists by making a minimum suggested donation of $15. If that feels like a stretch (we know money is tight and there are so many good causes that need our help), please give what you can.
60% of all donations are given to the musician(s).
The other 40% sustains the ArtsConnect program at UUCR and through December of 2020, donations will be
​matched dollar for dollar by a generous grant from the UU Funding Panel.
​
Art is not free. Thank you for your generosity.
SAVE THE DATE...
January 8, 2021 - Hal Walker (multi-instrumentalist, including some things you've never heard of)
February 5, 2021 - Crys Mathews & Heather Mays (singer/songwriters)(to be confirmed)
March 5, 2021 - Emily Jaworski Koriath & Tad Koriath (eclectic vocals & piano)
April 2, 2021 - Justin Furnia (classical piano)